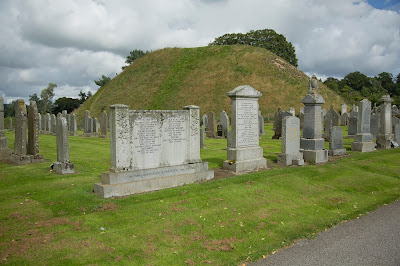 A young aviator from Inverurie was killed in combat over Arnaville on August 30 1918 age just 21. A Lieutenant in the 55th Squadron of the Royal Air Force, he lies buried in a small village churchyard near where he fell to earth.
An on-line tribute records that “Thomas Laing from Inverurie, Aberdeenshire, joined the Royal Flying Corps as a bomber pilot. In April 1918 he went to train at the Royal Air Force (RAF) station in Narborough, Leicestershire, where he learnt how to fly his two-seat biplane day bomber. He wrote to his parents every 4 to 5 days, describing the thrill of flying at high altitudes and finally qualifying as a pilot.

On 14 August 1918 Laing went on his first flight behind enemy lines, bombing ground targets in Germany. 16 days later he was shot down and killed” After his death, Laing’s mother received a letter from his girlfriend. It ends “I keep on remembering little things he said and did. I just loved everything about him”. Along with the official notification his mother was to receive his flying goggles, identity bracelet and service medals along with an official RAF photograph as a memento of her dead son.
Biggles author, Captain W.E. Johns would have been familiar with such tragedy. Having survived World War 1 combat with the Royal Flying Corps and spent time as a prisoner of war after being shot down during a bombing raid over Mannheim, Captain Johns was quick to take up the offer of a fishing holiday in the North-east.