Showing posts from June, 2019
Show All

That’s Some Catch – By Duncan Harley 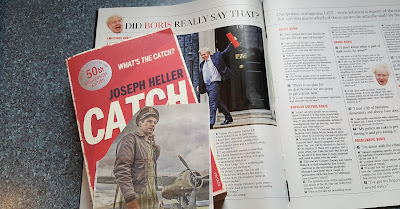 As our country teeters on the brink of old-Etonian Boris I have found a bit of light relief on Channel 4.  Unlike the somewhat Glasgow-centric offerings available from the new Scottish Channel - read Tutti Frutti, Paisley-Punk-land or some hoary old history of Glasgow’s Central Station – 4 occasionally leads the pack.

We are talking Catch-22 here. Yes, I know that there was a book then a 20th Century film and some kind of abandoned prime-time mini-TV series. But hey, the new take on Heller isn’t that bad really. The uniforms are right and even the CGI is kind of passable if you ignore the neatly choreographed flying formations – daytime B-25 bomber pilots tended to jiggle about a bit in the face of groundfire rather than just steer right through it. But hey, this is Heller’s masterpiece so a bit of black-humoured in-flight management is kind of in order. If only someone had taken the time to sort out the overall colour masking. This pumped-up Clooney series jumps back and forward to t…
Post a Comment
Location: Scotland, UK
Read more 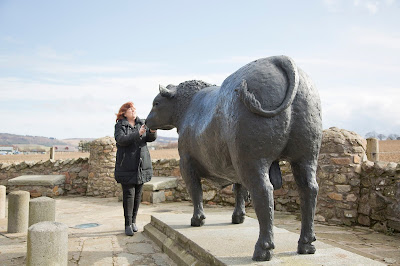 “This is indeed a proud week for Tillyfour and for the polled Angus or Aberdeen breed of cattle … Mr McCombie having been adjudged the £100 prize for the best group of cattle, bred by exhibitor and reared out of France,” ran the article. “McCombie’s successful group numbered six animals…every black polled animal has a ticket of some kind!”

Preparations for the Paris Exhibition had involved major upgrading of the French railway network, and it is fair to assume that McCombie’s cows had travelled in some comfort from Alford to Paris by train, before alighting at the delightfully named Gare du Champ de Mars, alongside the Eiffel Tower.
The Alford farm…
Post a Comment
Location: Aberdeen, UK
Read more

D-Day minus Trump - by Duncan Harley 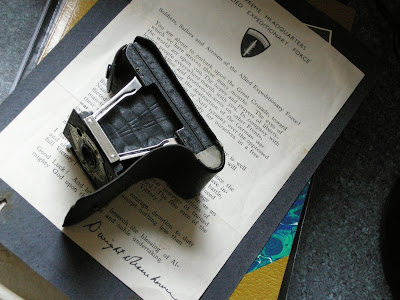 The Normandy Landings, more commonly referred to as D-Day, took place on 6 June 1944. The term D-Day is of course military-speak for the jumping-off date for any military operation.
Timed to the minute, large scale military interventions rely on precise timing in order to coordinate both the delivery of firepower and the delivery of the necessities of warfare.

The D simply stands for "day" and the designation traditionally marks day one of manoeuvres. Thus, the day before June 6, 1944, was known as D-1, invasion day was highlighted as D-Day and the subsequent days are described as D+1, D+2, D+3 and so on. Today is 4 June 2019 so by definition we are now at D+27,391.
Mind you, the 1944 invasion planning had begun some months if not years before and were it not for a break in the weather, the landings might have been delayed by weeks. But, apart from losing the element of surprise, the planning would simply have been delayed by D+10 or even D+30 and the carefully worked out t…
Post a Comment
Location: Aberdeen, UK
Read more
More posts