Showing posts from November, 2019
Show All

The Little History of Aberdeenshire - by Duncan Harley 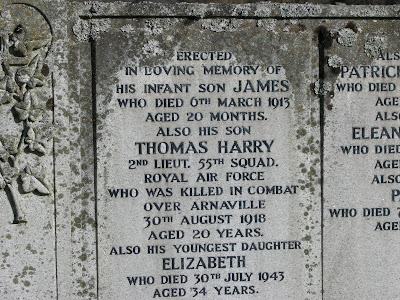 A young aviator from Inverurie was killed in combat over Arnaville on August 30 1918 age just 20. A lieutenant in the 55th Squadron of the newly formed RAF, he lies buried in a small village churchyard near where he fell to earth and is remembered on a family gravestone over at the Bass of Inverurie.
An on-line tribute records that Thomas Laing, from Inverurie, Aberdeenshire, joined the fledgling Royal Air Force as a bomber pilot.

In the April of that year, he went off to train at the flying station in Narborough, Leicestershire, where he learnt how to fly his two-seat biplane day bomber. He wrote to his parents every 4 to 5 days, describing the thrill of flying at high altitudes and finally qualifying as a pilot. On 14 August 1918 Laing went on his first flight behind enemy lines, bombing ground targets in Germany. Just 16 days later he was shot down and killed.

After his death, his mother received a letter from a girlfriend. It ends “I keep on remembering little things he said and di…
Post a comment
Location: Inverurie AB51, UK
Read more

The Bailies of Bennachie – by Duncan Harley 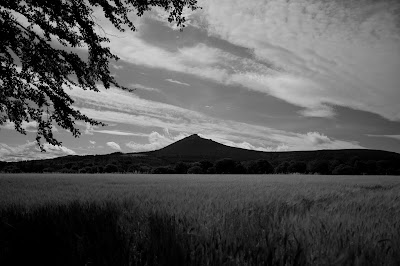 For my sins, I am now a Bailie of Bennachie. After writing about the hill range and the county of Aberdeenshire for a decade or so, I finally took the plunge and now have an official membership card plus a car window sticker to advertise the fact.
The duties are of course minimal. I could perhaps volunteer for path work – but thankfully I am too old. I could maybe donate to the worthy cause – but unfortunately, I am too skint nowadays.
So, in the absence of a lottery win I will continue to support the cause by penning some more words about the splendid hill.

In recent books and articles, I penned tales about the likes of Jock o’ Bennachie’s long bed over at Craigshannoch, Pilot Officer Lightfoot’s air-cannon and of course the bewitching Faeries at Hill Park who, according to Inkson McConnachie were particularly fond of playing sad tricks with the rustics. A favourite however is the tale of George Esson.
He is buried over at Chapel of Garioch and was perhaps the last of the original …
Post a comment
Location: Bennachie, Inverurie AB51 5HZ, UK
Read more 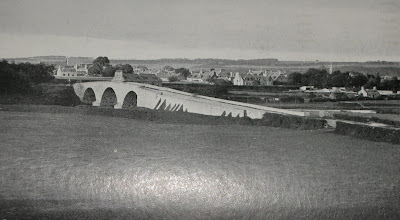 The original Don Bridge at Inverurie was completed by Banff mason James Robertson in 1791. Despite powerful floods and the ravages of time, the structure remained sound until the needs of 20th  century transport forced its demolition to make way for the new crossing. The narrow roadway, plus the seven-foot-high central hump which vehicles had to negotiate had rendered the old bridge completely obsolete.

The contract for the new Don bridge was awarded to construction company William Tawse and, following the building of a temporary wooden crossing and demolition of the old bridge, construction of the new reinforced concrete bridge began in the April of 1924. A year later on the morning of 30 May 1925 an excited crowd of onlookers gathered to witness both the official testing and the official opening of the new bridge.

Throwing Andrew under a bus – by Duncan Harley 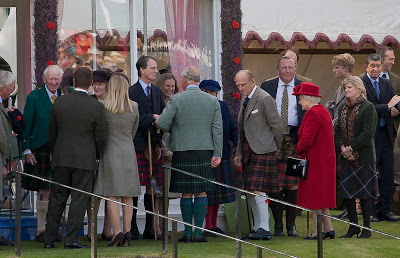 What a state the place is in. As an election looms, yet another presidential visit is on the cards and the media is replete with tales of blue-blooded transgressions. You have to hand it to the Royals. When they are up, they are up, and when they are down, they are down. And when they are only halfway up, they are neither up nor down. Somewhat famously, Meghan is at odds with Associated Newspapers over claims that her tiny rural cottage @ Frogmore suffered renovations funded by the tax-payer to the tune of one cheap as chips copper bath plus the small matter of £500k worth of sound-insulation targeted at those nasty proles over at Heathrow. You can’t put a value on a good night’s sleep after all.

Meanwhile Andrew is suffering memory loss over allegations of unsubstantiated impropriety with a seventeen-year-old Floridian in some lost year or other. He obviously needs to check with his press-secretary regarding his movements during the year in question. Surely it can’t be that difficult…
Post a comment
Location: Scotland, UK
Read more 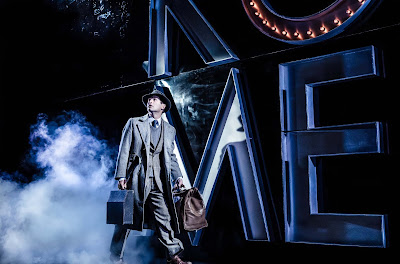 This unfolding story of the demise of the Weimar Republic is seen through the eyes of young American novelist Cliff Bradshaw – played here by Charles Hagerty - and is based loosely around Christopher Isherwood’s classic 1939 novel “Goodbye to Berlin”.
A central focus is the doomed love affair between English cabaret performer Sally Bowles, played here by Kara Lily Hayworth, and Cliff who has come to Berlin to complete a novel but soon becomes immersed in other distractions.

Alongside his pursuit of Sally, a serial manizer, Cliff soon finds himself involved in money-laundering for the fascists and is witness to a moral decay which will ultimately destroy the easy-going morality of a city known by many at the time as the Babylon of Europe.

Much of the action takes place in the Kit Kat Club – a place where ‘Here there are no troubles … Wilkommen, Leave your troubles outside … We have no troubles here! Here, life is beautiful.’ John Partridge plays the magnificently camp Emcee at the Kit …
Post a comment
Location: Aberdeen, UK
Read more 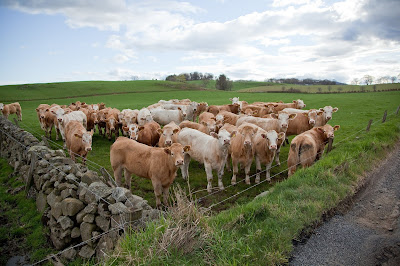 You may have stumbled upon the writings of Melanie Reid of Spinal Column fame. Injured in an equine fall and now as recovered as she can be, she writes Notebook for The Times. And a good thing too. Always entertaining and always reflective she pens useful words.
Today’s Notebook column leads with the economic disaster facing the Campbeltown Creamery. A farmer-led crowdfunding appeal has failed and the century old enterprise seems likely to close with both job losses and consequent effects for a west coast economy dependant mainly on fishing and tourism.

In short, this end-game will have grave consequences for the 29 or so Mull of Kintyre farms who up until now routinely sent their milk for processing prior to shipment to the multitude of Tesco and Morrisons outlets up and down the land. She writes eloquently about ‘The ripples of human misery which accompany such change’ and states that ‘Scotland’s bovine population is at its lowest since 1957.’ I have no insight as to the source of …
Post a comment
Location: Scotland, UK
Read more 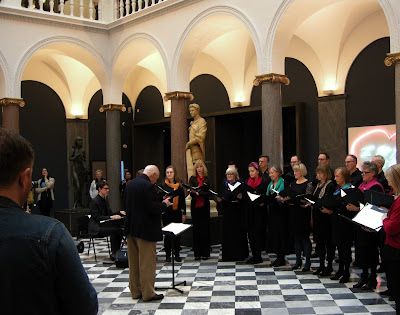 It rained and there was a bag search on the way in to the gallery space, but fortunately we had arrived late and there was no queue. The drenched security operatives cheerfully let me through since I had no bag and just a stick. A cursory glance into my companion’s crowded handbag convinced them she was no una-bomber and off we went to see the pictures.
It was day one of the re-opening of the newly refurbished Aberdeen Art Gallery and a tiny sense of foreboding clouded the event – the renovation had included the discovery of plague skeletons – there were 92 of them. And the original quite splendid white-marbled staircase had it seems been consigned to the dustbin of history.
Clutching our, now soggy, Eventbrite passes we made our way into what might once have been a familiar space.
Various dog-tagged staffers welcomed us into the new space. Commemorative tin-badges were handed out and a quite splendid map detailing the various new gallery spaces immediately made clear that the old, a…
Post a comment
Location: Aberdeen, UK
Read more
More posts