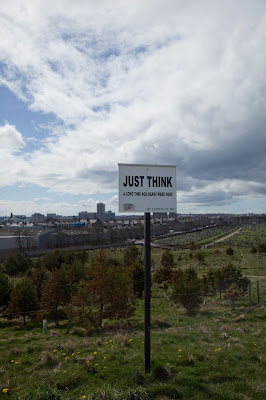 An Aberdeenshire regional newspaper today carries the startling news that Aberdeen City Council have failed to plan for a possible Zombie uprising. Alongside lurid tales of ‘Washed Up Whales’ and ‘Drivers Hit by Potholes’, the daily lays bare the shambles of the council’s emergency response procedures.
Seemingly procedures are in place to deal with flood, landslide and terrorist attack alongside detailed plans to protect council tax payers from the effects of nuclear fallout and an epidemic of typhoid.

But, to date at least, the council planners have given little thought to the prospect of a Zombie Apocalypse.

But moving on, the alliance comprises Police Scotland, the Scottish Fire Service and an agency mysteriously described as ‘Tactron Direct’ – so that should surely protect us from Zombies … eh?

Well, maybe. But, one can almost imagine an emergency call to the Aberdeen City emergency planning team along the lines of:
‘Hello, which service do you require?’
‘I’m not sure, there are Zombies running along Beach Boulevard and I’m not sure what to do.’
‘Zombies did you say?’
‘Yes. I think it might be an invasion or an uprising. Can you send someone please.’
‘There are no plans in place to deal with a Zombie threat I’m afraid. We can deal with fire or flooding if that might help.’
‘Arrrgghh …..’

Duncan Harley is author of The A-Z of Curious Aberdeenshire plus the forthcoming title: The Little History of Aberdeenshire- due out in March 2019