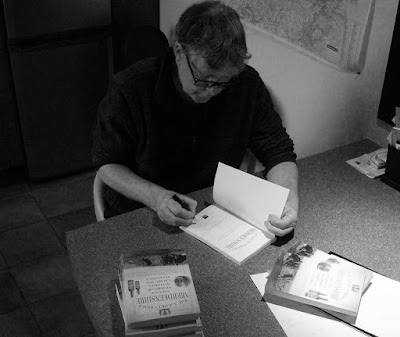 The snagging list for the next book pounds on. Off for an edit, the new tome – to the best of my knowledge – has but three embarrassing bloopers. Not so last night’s blog about Dracul, which had just the two.
Fortunately, both Dacre Stoker and J.D. Barker were forgiving and, following a wee hint, suitable amendments were made to the inaccurate portions of the piece.

That’s the essence of the blogging problem really. Bloggers generally have no editor. You write, publish and generally wing it. Unless readers take umbrage, or better still make suggestions, the blogosphere relies on feedback and hopefully kind words.

I don’t as yet have a cover image for the new book, but here – in the hope of some pre-publication appreciation – is an extract …

“In his circa AD 98 biography of his father-in-law Agricola, Tacitus records amongst other things the victory of the Roman general Agricola’s armies over the Barbarian hordes of Caledonia. Much has been made of the fact that, although Tacitus goes on at length about the battle, he fails to pin down exactly where the clash actually took place.

What is clear however is that the clash took place in AD83 during the 6th year of Agricola’s campaign to conquer the rebellious blue-painted naked northerners. Tacitus tantalisingly records that at a place he calls Mons Graupius the Caledonians made the fatal error of confronting the Roman army head on.

Not a good idea by any means. The Roman army was well used to taking on undisciplined tribal hordes and had a well-documented track record of defeating rebellious nations in battle. A quick stab with a gladius normally put paid to the enemy front ranks and as the blood and the gore flowed, the legionaries moved forward under strict discipline and with the secure knowledge that the Roman war machine was capable of grinding any enemy into the ground.
Then of course they met the Picts.”