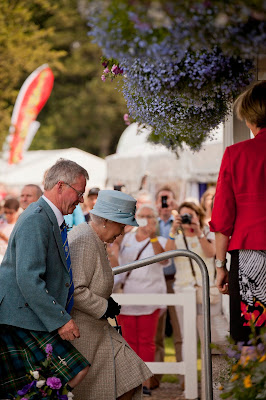 It’s been nearly a year since we went to Turra Show but it feels just like yesterday to be honest.

Robbie Shepherd, bless his tartan socks, was retired quite recently and Robert Lovie has taken over as commentator for what must be the biggest and most successful agricultural show on the North-east calendar.

The queen attended a year or so ago and was chaperoned around the site by an attentive Bruce Ferguson.

It’s a splendid event and attracts folk from far and wide intent on a day or so out from the humdrum of everyday life.

Farming folk and ordinary folk from all over the UK descend on the town during the show weekend seeking livestock prizes, farming machinery brochures and, quite frankly, lots of fun. Bargains are struck, tractors and combines are purchased and, just occasionally, wedding matches are made – just as they have been for the last century and a half of the Show’s history.


Duncan Harley is the author of The A-Z of Curious Aberdeenshire - Published by The History Press at £12.99 and available from Amazon and Inverurie Whisky Shop.