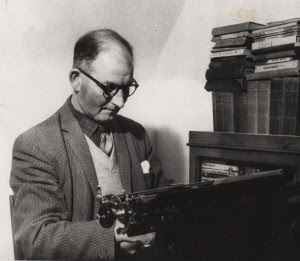 A search for Papers of David Toulmin reveals a sad ‘Sorry, your search did not match any Descriptions on the Archives Hub’ response on the University of Aberdeen Archives Hub.
Until quite recently Toulmin, despite dying in far off 1998, was a favourite of the Aberdeen academia. But not now.

Despite awarding the man a degree. And despite the various Toulmin £500 prize competitions, the land of academia has largely forgotten the man.

He had a difficult death by all accounts. Something about a stroke as I recall. And had moved from the Buchan fields to Westhill and then Pittodrie Place. He did of course leave a legacy of fine writing. Subject to a deeper search, the University records some bare records in blandly academic terms.

There was much more to the man, although I never met him except in his writings.
A brief search amongst my Leopard collection reveals that Toulmin contributed not a few columns to the now lost-for-ever monthly title one of which was ‘A North-East Diary’.

Themed on a North-east farming life, the diary habitually focused on the hardships and the difficulties of being a farm servant. Bygone days are always in vogue, but when you read David’s account of his ‘vale of tears’ following his father’s death you might just wonder about the accuracy of the good days.

‘On March 10th, the farmer who owns my mother’s cottage comes to threaten her with eviction unless she milks his cows. In a cottar’s life, this is the sort of thing that happens when the breadwinner is taken away. When a cottar wife loses her husband, she can lose her home as well … it can be a boon for the newly married folk but a curse for the sick and aged. Let no one forget it’.